Phillips v Brooks is an English law case on Mistake of Identity in Contract Law. What the petitioner argued should be treated as a ‘Mistake of Identity’, later turned out to be a Fraudulent act of misrepresentation. A mistake of identity makes the contract of sale void, but a case of misrepresentation doesn’t. It is considered a separate felony and does not affect the contract of sale. It is also to be mentioned here that basic elements of sale are referred to in this case. If a transaction consists of free consent, is of a lawful object, lawful consideration by parties being competent to contract, which results in a transfer of ownership, shall be considered as a valid contract of sale. One cannot deny the contract to be valid if all essential elements are present. 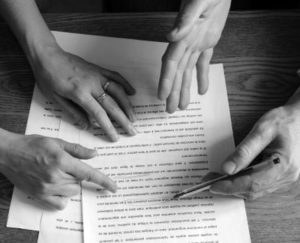 The facts of the case are as follows-

It was later discovered that the man who took the ring was not by any means related to Sir George Bullough. The fraudster subsequently pawned the ring to some other party, the Respondent, Brooks Ltd. The man got money in exchange for the ring before Phillips could realize that he has been cheated.

Since the cheque was not valid, it bounced. Agitated on the dishonoured cheque, the jeweller sued Brooks Ltd. for the same and asked them to return the ring as the payment did not go through.

It was claimed that since there was a ‘mistake of identity’ in this case and hence the contract for the transfer of ownership of the ring from, Phillips to the Respondent, Brooks shall be termed as void. Thereby, Brooks shall return the ring to Phillips.

The decision of the court was in the favor of the respondent.

It was inferred by the court that the act of buying the ring by misrepresenting himself as someone else was fraudulent. This allowed the petitioner to take the remedy of a fraudulent act which allowed him to consider the contract with the said man, as a voidable contract.

However, since the respondent purchased the ring from the fraudster and paid him the compensation as against the transfer of the ring, it shall be the rightful owner of the ring. All elements of a contract to the sale are present in this transaction and hence the occurrence of the sale cannot be denied. And hence, the respondent cannot be denied possession of the said ring.

The first issue, if the contract was a void contract because of a mistake of identity was answered by the court in the following way-

It was inferred by the court that the act committed by the fraudster is a ‘Fraudulent Act’. Yet, the contract of transfer of ownership from Phillips to the fraudster shall be a Voidable contract and not a Void contract. The reason for this decision was that the man brought the ring by visiting the store and interacting with the Petitioner face to face. So, it would not be considered a mistake of identity because of the face-to-face interaction. Since the petitioner had the intention to sell the ring and sold it to the man does not get nullified merely because the man misrepresented himself to be someone else. This proves that he had the intention to sell the product may be to the person the man claimed he was, but the intention to sell does not get overruled by a later discovery. Thereby, the sale could not be considered to be cancelled terming the contract as a void contract. However, since this act was ‘a fraudulent act’, and hence the contract shall be a Voidable contract instead of a Void contract. As per law, void contracts are not legally enforceable but voidable contracts are those contracts wherein the party has the option to consider the said contract as a void contract, or consider it as a usual contract. And so, the petitioner was able to convert the contract as a voidable contract.

The second issue, if Brooks Ltd. was liable to return the ring to the Petitioner was concluded on the fact that since there was a physical interaction between the Petitioner and the man who bought the ring from him, and he did check the address that the man was claiming, hence it would not be a mistake of identity so he cannot claim that the respondent must return the ring to the petitioner.

Despite the act of the man which was termed as fraudulent that did not change the fact that Brooks Ltd., the respondent would still possess the ownership of the ring as he purchase the ring from the fraudster by paying him the requisite amount. It was not up to him to be aware of the situation in which the ring was purchased originally.