The case of Mohori Bibee vs. Dharmodas Ghose[1] covers a wide scope of minor’s agreements. This case primarily concerns a contract involving a minor or a contract with a minor. In India, an agreement or contract with a minor (a person under the age of 18 or who has not legally reached the age of 18) is void ab-initio (void from the start). These rules and regulations are in place because, according to the law, such people do not have the capacity to contract or agree to do so.

Anyone under the age of 18 or who has not yet reached the age of 18 (i.e. a minor) cannot sign a contract or make major choices, according to the courts. Because adolescents are legally incapable of providing their consent, this case has effectively taught us that they must be entitled to or provided with protection in their relationships with other adults. Every attempt to contact or negotiate with the minor after this incident is null and void from the beginning.

CONTENTIONS BY THE APPELLANT

CONTENTIONS BY THE RESPONDENT

“there can be no estoppel where the truth of the matter is known to both the parties and their lordships hold, that a false representation, made to a person who knows it to be false, is not such a fraud as to take away the privilege of infancy.”[2]

“When a person at whose option a contract is voidable rescinds it, the other party thereto need not perform any promise therein contained of which he is a promiser. The party rescinding a voidable contract shall, if he has received any benefit thereunder from another party to such a contract, restore such benefit so far as may be, to the person from whom it was received”

Application of section 65 to the present case was also considered. It reads:

“When an agreement is discovered to be void or when a contract becomes void, any person who has received any advantage under such agreement or contract is bound to restore it, or to make compensation for it, to the person from whom he received it.”

as regards the application of this section to the present case, it was observed that this section like section 64 is applicable to an agreement or contract between competent parties and has no application to a case in which there never was and never could have been any contract. The minor; therefore, could not be asked to repay the amount even under section 65.

“On adjudging the cancellation of an instrument, the court may require the party to whom such a relief is granted to make any compensation to the other which justice may require.”

as regards the section, it was held that the section gives discretion to the court to order compensation, but under the circumstances of this case, justice did not require the return of the money advanced to the minor as the money had been advanced with the full knowledge of the infancy of the plaintiff. The claim for refund under the specific release app was therefore disallowed

Hence all the defendant’s contentions were rejected, and the minor’s agreement was held void. it was held that the minor could not be asked to repay the loan taken by him. 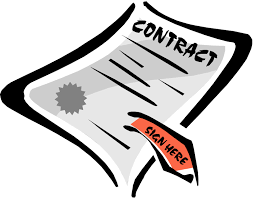 In this case, the court also held that section 64 and section 65 are not applicable in void agreements. However, the Law Commission[3] of India disagrees with the interpretation given by the Privy Council to Section 65. In their view, section 65 covers the case of a minor, who makes a false representation that he is a major and such a minor should be asked to pay compensation. They recommended that an application be added to section 65 to give effect to their opinion.

No amendment of the Indian contract act has been made so far to give effect to the recommendation of the Law Commission.

It can be concluded from this case that any contract with a minor is not valid and thus cannot be enforced. The only exception to this rule is Section 68 of the Indian Contract Act, which deals in reimbursement for the necessaries supplied to a minor.