The case law of Krell v Henry[1] is one of the landmark cases that led to the foundation of the “Doctrine of Frustration of Contract”. This group of cases were known as the “coronation cases” as they arose from the events of the cancellation of the King’s Coronation ceremony.

Whether the subject of the contract has frustrated?

In the appellate court, Lord Justice Vaughan Williams upheld the lower court’s judgement and gave the judgement in favour of the defendant stating that he is excused from the performance of his part as the purpose of the contract has been frustrated. For the decision he gave the following reasonings:

As in this case, the defendant hired the flat for the specific purpose of viewing the coronation procession of King Edward VII on June 26. Hence, it was clear to both the parties that the object of the contract was King’s Coronation, which when cancelled, frustrated the contract.

Frustration of Contract Position in India 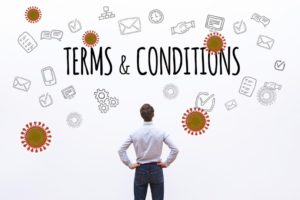 The frustration of the Contract is covered by section 56 of the Indian contract act. it says:

“an agreement to do an act impossible in itself is void”

it is based on the maxim “les non cogit impossibilia” which means “the law does not compel a man to do what he cannot possibly perform.”

In Taylor v Caldwell[2], it was held that when the contract is not positive and absolute, what is subject to an express or implied condition, for example, a particular thing shall continue to exist, then in such a case, if the thing ceases to exist, the performance of the contract is deemed to be impossible and parties are excused from performing the contract.

In Arti Sukhdev Kashyap v Day Kishore Arya[3], it has been held that merely because the performance had to be delayed, it does not mean frustration of the contract. In this case, there was an allotment offload by the development authority with the condition that permission for sale could not be granted before the expiry of 10 years. permission for sale was requested earlier than that and the same was refused as there was no exceptional circumstance for the same. it was here that since there was the possibility of sale after 10 years, the contract had not been frustrated

The doctrine of frustration of contract has been developed by the collective group of “Coronation Cases’. They are developed to prevent the parties from legal implications in cases where the performance of the contract becomes impossible.

The coronation cases are still relevant in the field of contract law and have impacted both English as well as Indian law.