The judgement of Hyde v. Wrench[1] deals with the question of specific performance of the contract in situations where counter-offers were made and accepted.  This case puts an end to all the ambiguity surrounding the impact of a count offer over the original contract.

Wrench, the defendant, wanted to dispose of his property situated in Luddenham. He offered the property to Hyde, the plaintiff, for £1200 via his agent. But the plaintiff conveyed his rejection via the agent. On 6th June 1840, the defendant made another offer, this time, he agreed to sell the estate for £1000 and insisted that it was the final offer, if the amount isn’t lodged in the bank by Michaelmas, up to when the estate would be free from taxes etc., then he would consider another applicant.

The plaintiff rejected the offer and proposed £950 for the estate.  Wrench wrote to plaintiff, “I have written to my tenant for an answer to certain enquiries and, the instant I receive his reply, will communicate with you and endeavour to conclude the prospective purchase of my farm, I assure you I am not treating with any other person about the said purchase.”[2]

On 27th June, the defendant again wrote to the plaintiff that he will lot sell his estate at any price below £1000. Plaintiff then replied, “I beg to acknowledge the receipt of your letter of the 27th instant, informing me that you are not disposed to accept the sum of £950 for your farm at Luddenham. This being the case, I at once agree to the terms on which you offered the farm, viz., £1000 through your tenant Mr Kent by your letter of the instant. I shall be obliged by your instructing your solicitor to communicate with me without delay, as to the title, for the reason which I mentioned to you.”[3]

Later, Wrench refused to sell the property to Hyde. So he filed a suit against him pleading for specific performance of the contract. As per Plaintiff, the offer was not withdrawn before the acceptance, hence, the contract has been concluded. 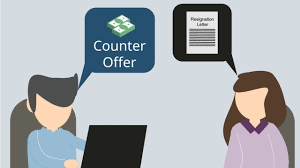 In contract law, it is a settled principle that for a contract to be valid the acceptance must be absolute and unqualified. If any change is made to the original offer while making an acceptance then the offer comes to an end and a new offer is initiated. Hence, if after the offer is made, offree tries to negotiate with its term or give a conditional acceptance, then the offrer is no longer bound to perform the original promise. But, if the offree accepts the offer unequivocally, then the agreement is binding on both parties.

After considering the arguments presented and the evidence produced, it was held that to constitute a valid agreement there must be an unequivocal acceptance. Plaintiff rejected the offer of sale for 1000 Pounds on 6th June and made a counter-proposal.  Which was later rejected by the defendant via letter dated 27th June, and no counter or new proposal was made by the defendant in that letter. Therefore, there was no offer for the plaintiff to accept.

The claims made by the plaintiff were dismissed and the judgement was given in favour of the defendant that there was no valid contract.

With the case, Hyde v Wrench, it can be concluded that a counter-offer can negate, supersede or destroy the original offer. For a contract to be legally valid, the acceptance must absolute and qualified. This principle has also been adopted into section 7 of the Indian Contract Act 1872. It stated that:

The ruling of Hyde v wrench has been used as a Precedent in many cases both in England and India and is to date a landmark judgement for the law of contract.