High Court of Judicature at Allahabad

Introduction to the case 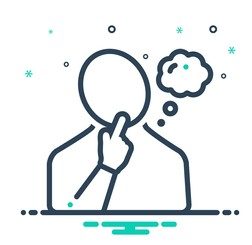 The case is based upon the requirement of a valid contract- ‘Consideration’. As stated under section 2(d) of The Indian Contract Act, 1872, consideration is one of the essential elements of a valid contract, and without consideration, no agreement shall attain the validity of a legal obligation between the parties to the said contract. Consideration is something that is paid by either of the parties and could be something in return to compensate the performance of the other party or could be a promise to do or to abstain from doing something. Any agreement without a legally accepted consideration shall be termed as a ‘void agreement’ as per the provisions of the Indian Contract Act, 1872.

The plaintiff was approached by the District Authority of Etawah with the proposal to build up a market in the local area. To satisfy the said proposal and gain the trust of the defendant, the plaintiff set up a two-grain market at Etawah, one known by the name Hume Ganj and the other knowns as Ram Ganj, and he had extended a large number of rupees for building shops and buying land for the same. Defendants leased the shops on the lookout and did the work of commission specialists and even got some level of commission from the dealers in return.

In 1875 by mutual consent, the commission to be paid to the plaintiff was fixed as 6 annas and the defendants executed an arrangement giving effect to the same in 1875. This was done following the wishes of the plaintiff to be paid only through the mode of commission regularly.

The plaintiff, on being recommended that he ought to get the agreement for commission registered by the Municipal Corporation, took the matter seriously and subsequently arranged for the agreement to be registered to make the agreement legally binding and have it verified for the purposes of their security in regards to receiving the commission promised to them.

As per the Indian law and the Indian Contract Act, 1872, for an agreement to be registered, both the parties to the agreement must confirm that they have entered into the agreement and have given their full consent for the applicability of the said agreement.

As a result of this, the plaintiff was obligated to sue for the foundation of his rights, and accordingly, he brought a suit against the Respondents for enforceability of the understanding in the lower court and later filed an appeal in the High court on the unsatisfactory response from the lower court. 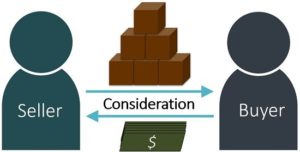 The plaintiff’s claims were rejected and the ca

se was dismissed by the court. This was done based on the fact that there was no prominent and recognized consideration involved in this case and hence section 2(d) of the Indian Contract Act, 1872 dismisses the agreement from being recognized as a contract. The absence of a consideration resulted in the contract being termed as a void contract, according to section 25 of the Act. It was also decided by the judges that since the  Act specifies the importance of consideration as an essential element for a contract, there lies no chance for an appeal, and the same was dismissed by the court.

The above case is based upon section 2(d) of the Indian Contract Act, 1872, which states- “when at the desire of the promisor, promisee or any other person has done or abstained from doing or does or abstains from doing or promises to do or to abstain from doing something, such act or abstinence, or promise is called a consideration for the promise.”

What happened, in this case, was that the plaintiff recognized the proposal of the building of the market as a consideration for the commission to be paid by the defendant to them. However, the defendant argued on the fact that the construction of the market has nothing to do with the commission being referred to here by the plaintiff as he has never been inclined towards the construction of the building. And since consideration was absent, the contract cannot be termed as a valid contract.

If the break the case into segments, we would be able to identify the absence of the willingness of the defendant to offer a commission based on the construction of the market, and this was the basis of the plaintiff’s case. Since the building was constructed even before the involvement of the defendant, he cannot be held liable to pay the commission to the plaintiff.