The plaintiff brought an anticipatory breach of contract against the defendant for revoking the agreement. Plaintiff contended that the defendant revoked the contract before the due date and was liable to compensate him for the damages which he suffered due to breach.

That he accepted the amount by giving receipt and was not satisfied with the amount paid to him and he should be rendered the amount which he deserves for the work he did for the respondent.

The defendant argued that he paid the amount to the appellate which he accepted and the contract was discharged by performance when he accepted the payment made to him for the work.

The court held that the amount accepted by the appellate was under protest and not exhaustively accepted hence the contract cannot be termed discharged and it was still to be completed with the original terms and conditions. For constituting valid discharge of contract there shouldn’t be any conditions or opposition of the terms of the contract. It should be accepted as it is.

The plaintiff, in this case, is the Delhi Development Authority who develops houses and allot to all groups of people under different six schemes in which the prices of the flats vary. The flats in South Delhi were more expensive and a surcharge of 20% was levied on them. There was a different cost for a different area which was calculated based on the area in which the flat is located which was termed discriminatory by the defendant and payment of current cost from the defaulter registrants was also demanded which was also opposed by the defendant. The appellate also intended to alter the terms of the allotment without giving notice of the same to the allottee

The defendant said that the charges imposed by the appellate were not justified and they were not communicated to them at the time of entering into the contract and the charges were added by alteration which led to novation of the contract which was not mutually agreed by the parties hence it was not valid.

The stand taken by DDA itself is that the relationship between the parties arises out of the contract. The terms and conditions therefore were, therefore, required to be complied with by both the parties. Terms and conditions of the contract can indisputably be altered or modified. They cannot, however, be done unilaterally unless there exists any provision either in the contract itself or in law. It was held that the surcharge of 20% and the cost of construction by issuing office order after allotment was held unjustified and improper and the same was dismissed by the court. The D.D.A. relying on or based on the purported office orders which were not backed by any Statute, new terms of the contract could not be thrust upon the allottees, the court held.

This case defined the novation of contract and the ways by which it can be done. Here the contract was discharged by novation and the terms were altered. In this case, there was a strike of employees which resulted in spoilage of the leather which they were dealing in, the defendant sued the appellate for the spoilage of leather due to the employees strike and claimed the amount of damage suffered to him.

Arguments given by the defendant was that their contract impliedly mentions the condition for claiming damages for spoilage of the product and hence they have entitled damages which they suffered due to strike.

Whether the contract made with the unsound defendant without knowing his condition was valid and constitutional.

That the defendant was represented by the person who knew his real condition and at the time of initiating contract he was implicated as a sound person and there was no fraud made and the contract was not unfair.

The judgement by the court was that the negotiation and the contract made in good faith without the knowledge of the condition of the defendant was voidable and the court held mentioning that the defendant lacked contracting capacity while entering into a contract and he was not a competent party to make a contract but as the party appears to be of sound mind and represented by the person who knew his condition was held valid and the contract cannot be held unfair based on the knowledge of the party. The contract does not amount to fraud and it was not unfair.

The defendant leased property from the plaintiff in which multiple flats were to be given on rent to different people but as that time World War 2 was going on the occupancy in the flats was not fully acquired so the defendant and the plaintiff made an agreement to pay half of the lease amount but the date till when the half amount is to be paid was not specifically mentioned in the agreement. After some time the war was over and the flats were fully acquired so the plaintiff demanded full payment of the rent but the defendant argued that there was no definite period which was defined in the agreement and the same was challenged by the plaintiff. It was held that with the help of the shreds of evidence that the half rent was to be paid till the war ends and after the defendant has to pay the full rent. Denning J stated that the cases showed that a promise which the promisor knew was going to be acted on by the person to whom it was made was enforceable despite a lack of consideration. The time had come for this to be recognized as giving rise to an estoppel. 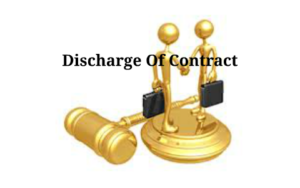 In this case, the plaintiff was a tailor who supplied goods(waistcoats) to the defendant who was a minor at the time of taking the clothes. After taking the waistcoats the minor refused to pay for the same. The tailor brought suit against him for recovery of the amount owed to him. The question in the was whether the coats which were delivered to minor comes under the category necessity of minor and whether the contract was enforceable or not. The plaintiff was not able to prove that the clothes delivered to him came under the category of necessity thus the judgement was given in the favour of the defendant and the contract was held void ab initio. “An infant, like a lunatic, is incapable of making a contract of purchase in the strict sense of the words; but if a man satisfies the needs of the infant or lunatic by supplying to him necessaries, the law will imply an obligation to repay him for the services so rendered, and will enforce that obligation against the estate of the infant or lunatic.” 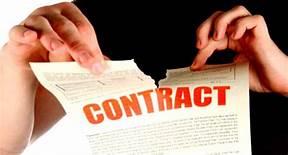