Currie v Misa is a landmark judgment in English Law that deals with the concept of Consideration. The meaning and extent of the word ‘consideration’ as per the Contract Law has been defined in this case. Consideration is essential to a valid contract. A contract without any consideration is considered to be void and cannot be enforceable by law.

The issue that was faced in this particular case was to establish the extent of a person’s action or promise to do perform an action or past performance of action contributes to valid consideration or not.

The facts of the case are as follows-

Mr Currie was the owner of a banking firm. Lizardi & Co. drew four bills of exchange from the bank owned by Mr Currie and gave these bills of exchange to Mr Misa. At the time of drawing the bills, the company was in good credit terms. These bills were transferred on the 11th of February and the brokers were to be paid on the 14th of February. At the time of paying off the bills, Lizardi & Co. were in a lot of debt and were thus pressurized by Mr Currie’s bank to pay off their debt. Due to this, he gave a draft order to the banker of Mr Curie’s banking firm on Mr Misa which was equivalent to the amount of the previously drawn bills.

When Lizardi & Co. stopped with the payments of their debts that had become long outstanding, Mr Misa asked the bankers not to honour the cheque or order given before as they got to know about the condition of Lizardi & Co.

The main issue, in this case, was to identify- 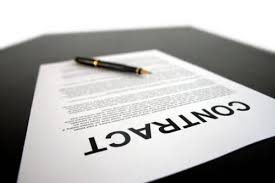 It was decided by the House of Lords that there cannot be a valid contract unless and until there is a valid consideration backing the transaction. This consideration might amount to gain to either of the party or may cause a loss to the other party.

It was also decided that there was the absence of sufficient consideration for the negotiable instrument that came into view owing to the past debt. And so, no cheque was made by the respondent.

The decision was eventually passed in the favor of the appellant, Mr Curie. And Misa was responsible to pay off the amount of the debt.

It was established in this case that “A valuable consideration is a sense of law which may consist either in some right, interest, profit or benefit occurring to one party, or some forbearance, detriment, loss or responsibility given, suffered or undertaken by the other”.

The principle of “Benefit gained and detriment suffered” was established as a consequence of the issue in this case. This precedent has gained a lot of relevance in Contract Law to date.