Introduction to the case

This is a leading case for consideration and the concept of privity of contract. As per section 2(d) of the Indian Contract Act, 1872, consideration means something in return. It is one of the essential elements of a valid Contract and without any consideration between the parties, there cannot be a valid contract between them. Privity of Contract is the concept that says that no party other than the parties to the contract can sue for the contract. So, no outsider or third party can extract any benefit out of the contract, except the parties to it. However, there is one exception to this rule- if the third-party acts as an Agent, then it may be able to sue for non-compliance to the contract. We would study all these objects at a later stage in this case. 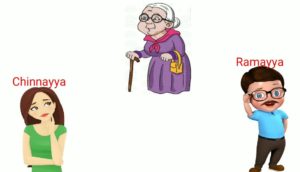 There is a lady who plays a major role in this case through her estate. She gives an amount of this land to her sister. Later, she gifts a part of her land or estate to her daughter in the form of a gift. She gifts this estate to her daughter on the condition that she (the daughter) must pay Rs. 653 as an annuity to the lady’s sister. To give effect to this condition, she signs an agreement to pay Rs. 653 as an annuity to her mother’s sister.

The issue started after the death of the lady and when the daughter, hereafter referred to as the respondent of the case, Ramayya, after taking possession of the land, disagreed to pay the annuity to her mother’s sister, Chinnaya. Aggrieved at this, the Appellant, Chinnaya filed a case against Ramayya for non-payment of Annuity as against promised through an agreement.

As against this, when the respondent accepted the gift deed from her mother, she simultaneously entered into the contract that binds her to pay Rs. 653 as an annuity to the appellant, even after the death of her mother. 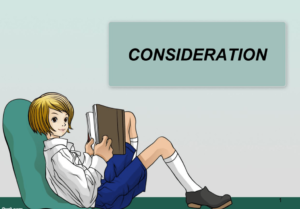 It was decided by the Court that the agreement giving effect to transfer of the estate to the respondent by her mother as a gift and the agreement to pay annuity are simultaneous agreements. Hence both of these agreements shall be considered as a single transaction considering the definition and explanation of compensation that is given under section 2(d) of the Indian Contract Act, 1872.

Thus, it shall be the duty of the respondent to pay the said consideration as she agreed to do so while accepting the estate as a gift from her mother.

It is to be considered here that compensation may be paid by one person to the other directly or through a third person, but it shall still amount to consideration. Thus, the gift agreement and the agreement to pay the annuity shall be considered as part of a single transaction.