This case has a dual relation- consideration, as under the Contract Law and the type of transaction taking place, as under the Copyright Act, 1956. Consideration, when explained in simpler words means ‘something in return. It is given under Section 2(d) of The Indian Contract Act, 1872 as the promisor doing or abstaining from doing or promising to do or abstaining from doing something, then such an act, abstinence or promise shall be said to be a consideration. The issue of lawful and unlawful consideration is dealt with in Section 23 of the Indian Contract Act, 1872. Consideration could be a thing of the past, or present, and also of the future. One important thing to keep in mind is that consideration must only be concerning the parties to the contract. No third party must benefit or incur losses due to it.

The main element of interest, in this case, is ‘Rockin’ Shoes’, a musical artwork that was licensed to Chappell & Co. Ltd. The owners of the copyright of the musical artwork were Winneton Music Corporation and they licensed it to only one corporation, that is the Appellant of the case, Chappell & Co. Ltd. Nestle ran an advertising campaign wherein gramophones records manufactured by Hardy Record Manufacturing Co. Ltd were sold to them at the price of 4 pence. Owing to this transaction between the corporations, Nestle released an offer with the images of the picture of the above said records on its packaging stating that if someone brings to the company, Nestle, 3 wrappers of their 6 penny chocolate bars, they would be selling these records at a discounted price of 1s 6d.

However, as per the Copyright Act, it is established that the manufacturer should inform the owner of the copyright before using the records and selling them. Therefore, the Appellate filed a suit against the Respondent in the court of law and sought damages for infringement of their copyright. 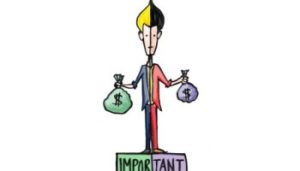 In regards to the matter of the type of sale, the following arguments were put forward-

It was argued by the appellate party that since the transaction amounts to a retail sale (though at a discounted price), and thus, the copyright holder must be paid an amount equivalent to 6 ¼ % of the amount of the retail price as a royalty. This was established in regards to section 8 of The Copyright Act, 1956.

Defendant argued that as there was a consideration involved, in the form of the 3 wrappers that were part of the deal, and nothing of this sort is mentioned under section 8 of Copyright Act 1956. This is the reason that such a transaction would not be termed as a retail sale, but a monetary sale.

Corresponding to the matter if the wrapper is to be considered a valid consideration, the following arguments were made-

As against this, the respondent argued that the ‘ordinary retail price’ being referred to is to be considered at the time when the product is being sold at full price, and not when it is being sold at a reduced price. The wrappers only make the customers eligible to get the record at a discounted price and do not form a part of their price.

The case was decided by a majority of 3:2 in the Court of Law. It is established that these empty wrappers of chocolates are to be considered a part of the consideration and an injunction must be granted. Since the type of sale that is taking place in the current scenario is not explained under Section 8 of the Copyright Act, 1956. Thus, the decision was in the favor of the respondent, Nestle Co. Ltd.

Buying the chocolate bars and paying money for them is of value to the respondent. Being something of value that has to be purchased by the customers to be eligible to get the discounts on the product, then it must form a part of the consideration. Customers need to pay to get the chocolate bars, which come with the wrappers, and hence they have incurred an expenditure.