Mr Balfour, the appellant, used to live with his wife, Mrs Balfour, the respondent. In Ceylon (Sri Lanka). In the year 1915, they came to England for a vacation where his wife fell sick and required urgent medication. Her doctor advised her to stay in England. So, Mr Balfour left for Ceylon alone and made an agreement with his wife that he would pay her 30 Pounds a month till he returned.

After his return to Ceylon, their relationship slowly deteriorated and resulted in non-payment of the agreed amount. One day Mr Balfour wrote his wife a letter asking for a permanent separation. The parties got divorced and in 1918 Mrs Balfour sued him for the non-payment of 30 Pounds a month.

Contentions of the Appellant (Mr. Balfour)

It was contended on the behalf of Mr Balfour that the agreement between him and his wife was purely domestic and he had no intentions of creating a legal contract. Hence, it is not legally enforceable

Contentions of the Respondent ( Mrs. Balfour)

The husband agreed to pay her 30 Pounds a month for her stay in England and the agreement made by them was legally enforceable. 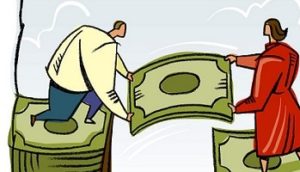 The rule applied, in this case, was pertaining to the agreements made by spouses and whether they had any intention to form a legal relationship while entering into the contract. In this case, Mrs Balfour was not suing for maintenance because Mr Balfour had married her but for the amount, he had promised to pay in 1915 when they were in England. The essential elements of any enforceable contract are:

Justice Atkin held that the agreement entered by the parties was merely domestic in nature. Agreements made by spouses in the daily routine of life cannot be binding as there is no intention to form a legal relationship. According to him, agreements between spouses were in a different realm than that of contract.

At the King’s Bench division presided by Justice Sargant, it was held that Mrs. Balfour’s claims were valid and his husband is entitled to pay her maintenance which was promised by him. The assent by Mrs Balfour to this arrangement was considered to be a valid consideration, thereby, creating a binding contract.

Aggrieved with this decision, Mr Balfour went to the court of appeal. There, the agreement was held to be invalid. The bench comprising of Warrington LJ, Duke LJ, Atkin LJ, gave concurrent decisions but with different reasonings. As per Atkin LJ, the agreement was invalid because of its domestic nature. Whereas, Warrington LJ and Duke LJ, observed that there was a lack of consideration on part of Mrs Balfour to create a binding agreement. It was observed that agreements made by spouses in respect to the daily routine cannot be said to have a legal nature and courts cannot indulge in such trivial issues.

The study of the case of Balfour v Balfour educates us that mere family arrangements of domestic nature do not fall into the realm of contract. This case also introduced the doctrine of legal intention, which is relevant in contract law to date in both England and India.